After meandering along roads outside of San Diego, the bus filled with Mavericks arrived at a location that resembled an old warehouse. As the group exited the bus, a Maverick who lived in San Diego commented that he had no idea where the group was even though he is from San Diego. Soon, the group would feel much farther away than the outskirts of San Diego.

The group sat down at tables in the building; the building had the aura of an old warehouse and an old film set all combined into one. After a brief introduction, the Mavericks ventured out the door at the back of the building. 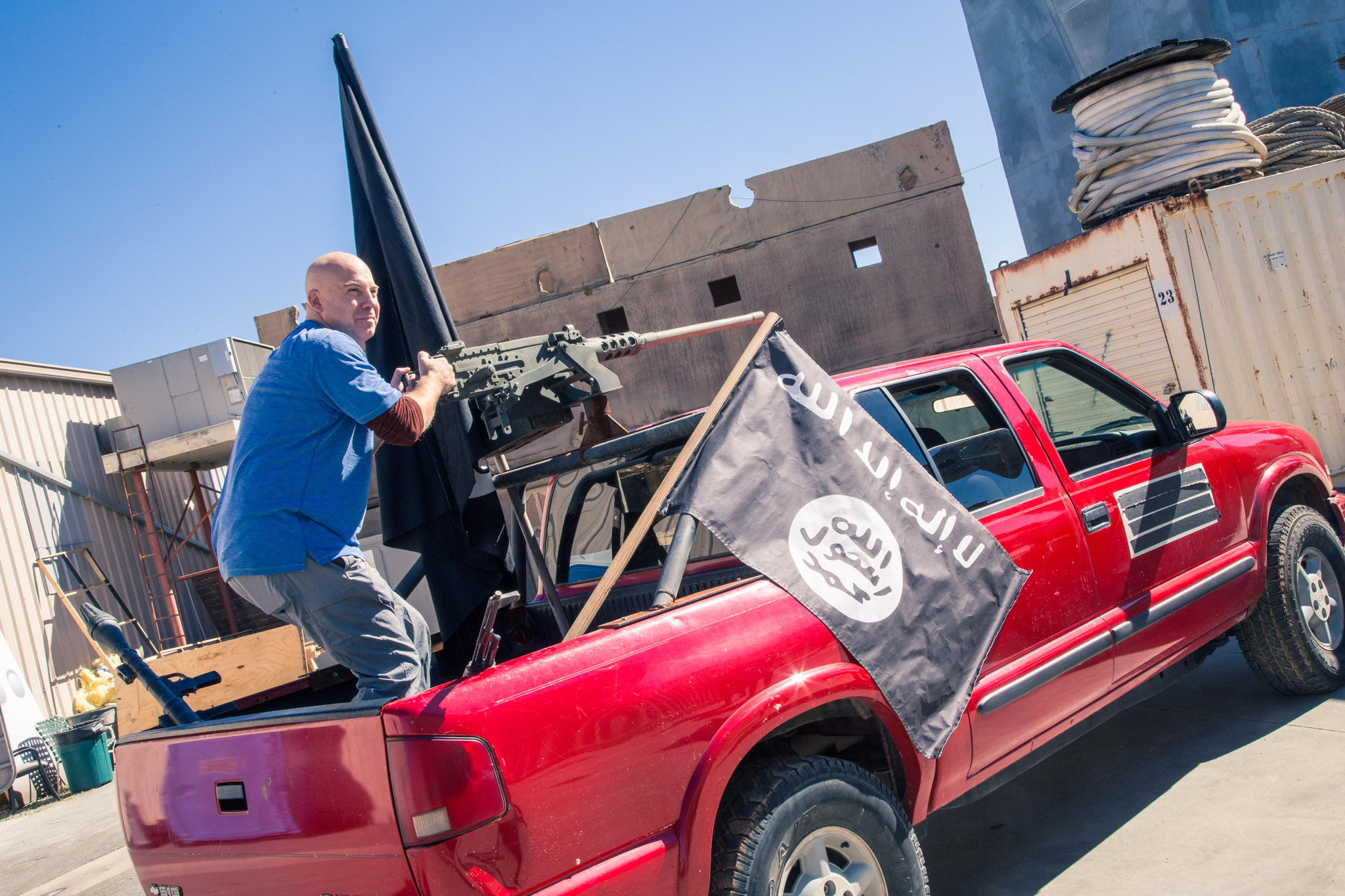 Sitting outside the door was an old red pickup truck with an ISIS flag. Behind the pickup truck was what looked like a Syrian town that had been ransacked by ISIS. Mavericks wandered around examining the makeshift village. With the sun gleaming down upon broken down buildings and ISIS flags, it no longer looked like San Diego. It felt far away, very far away.

Suddenly, the sound of gunshots was heard. Men dressed as ISIS fighters entered the town square. They carried large rifles and started ordering the group around. Women were ordered to go to one side. The women were led away one by one to an unknown fate. Men were lined up and told to kneel down. Black hoods were put over the men’s heads.

Even though Mavericks knew the entire event was staged, people felt uncomfortable, as various members of the group would later share. The hoods put over the men’s heads and faces were black; however, the men could still see through the hoods. If this was really ISIS, the men would have not have been able to see through the black hoods. 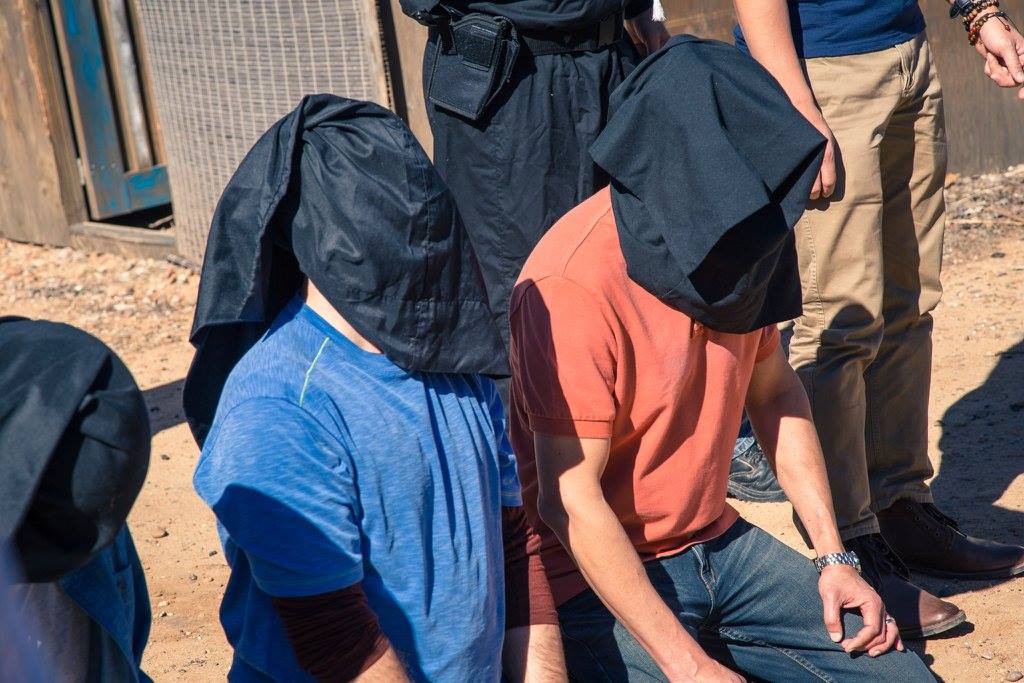 The event gave new meaning of what it would be like for women to be carted off to become slaves while their husbands, brothers, and fathers were killed before their eyes.

After the acting ended, the Mavericks were divided into three groups and rotated through separate activities. One group was trained how to help injured victims through the application of Israeli bandages (http://www.chinookmed.com/cgi-bin/item/05130/s-bandages_dressings/-Israeli-Emergency-Bandage—4%22-). Another group was educated on the plight of refugees and women who managed to escape the grip of ISIS. The third 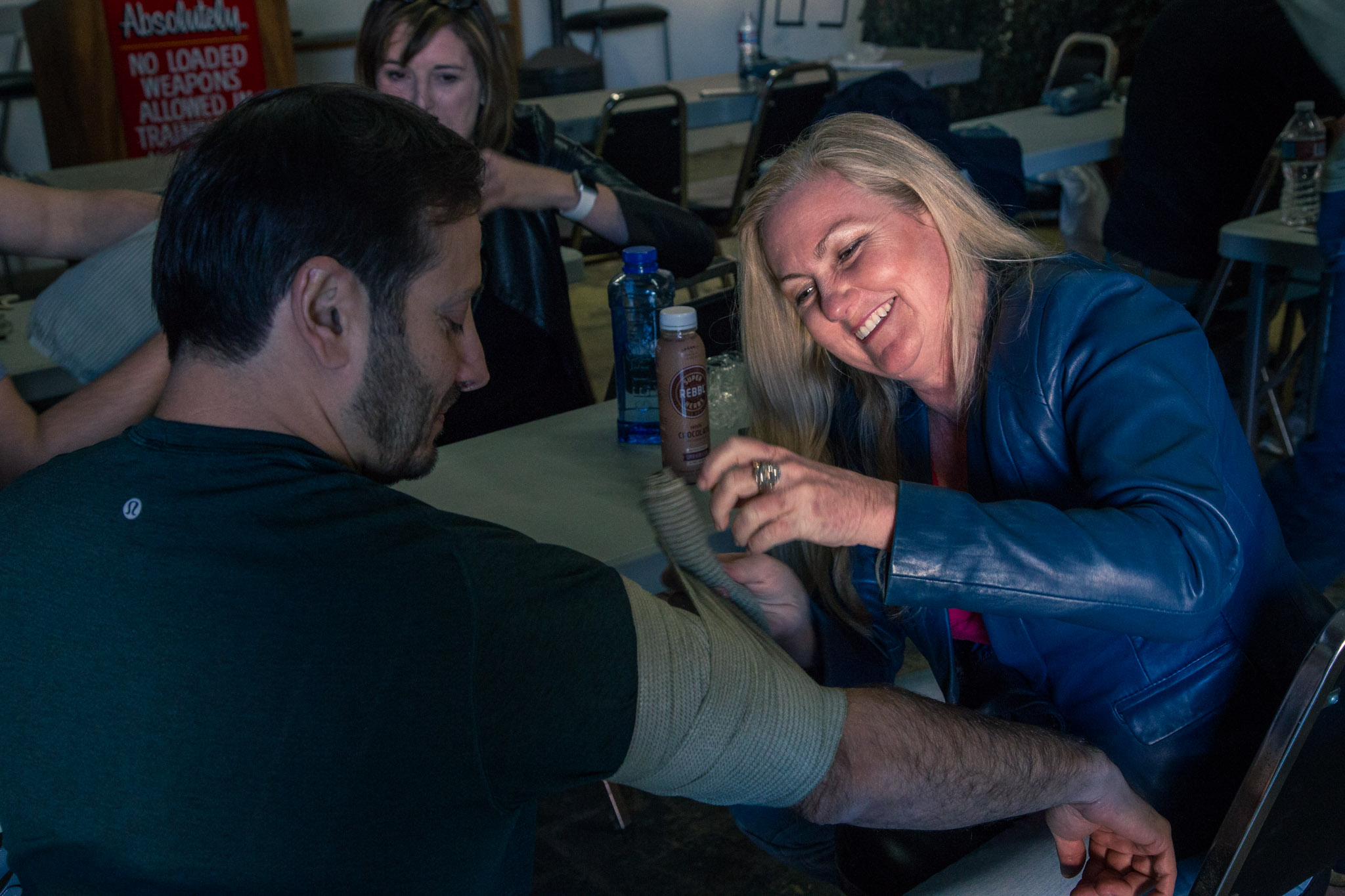 group met with a man named Mickey, who trained fire fighters, police officers, disaster volunteers, and disaster workers how to deal with trauma. The focus of this training was how aid workers dealing with trauma themselves can maintain a healthy emotional balance. During this trauma training, the group participated in a cathartic exercise using the recent ISIS simulation as the focus of the exercise. One woman commented on how real the simulation felt. With the ISIS simulation, she shared that it felt like all good had left the world and there was only evil. This simulation gave new meaning to the fear, anxiety, and instability created by ISIS.

The Mavericks learned about Crisis Response International (CRI; see CRIOUT.com). CRI was originally founded to mobilize people, mostly volunteers, to help with disaster response. The Syrian refugee crisis, including helping women who have escaped the grip of ISIS, has become a central focus for the part of the organization.

The Mavericks were touched by the hearts of the team at CRI who give time, money, and some even have put their lives at risk in order to help people some of whom are in the most need of help anywhere on the planet. 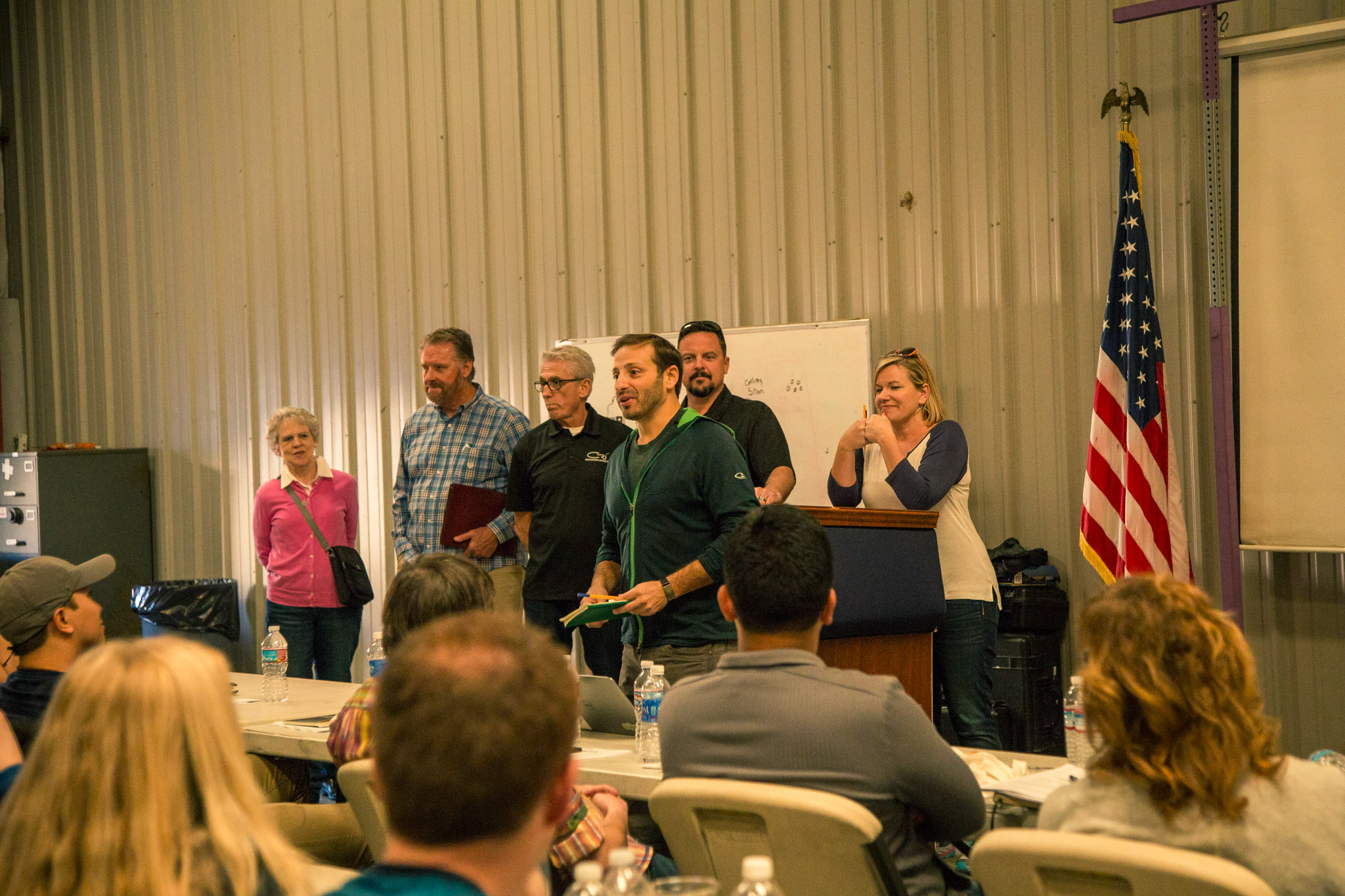 During a brainstorming session on what the Mavericks could do to help CRI, major idea themes emerged. These ideas included connecting CRI with celebrities who would recommend supporting the initiative, building a branded website to collect donations specifically for helping Syrian women who have escaped ISIS and refugees, and connecting CRI to training designed to help individuals in impoverished areas start self-sustaining businesses.

Based on the feedback from the attendees, this was one of the most impactful nonprofit experiences that the Mavericks have ever done at a 3X event.  If you were not at the San Diego event and want to help, please contact the Maverick CRI Champion, Boyd Smith at bsmith@tkiapps.com.

If you would like to learn more about CRI, this video offers a good synopsis of the crisis they are addressing: https://vimeo.com/146975976.

READY TO MULTIPLY YOUR
BUSINESS, LIFE AND IMPACT?

M - I am a Multiplier

A - I am Abundance Minded

V - I am a Visionary

E - I am Extraordinary

R - I Re-imagine, Re-invent and Re-Create

I - I am Impactful

C - I am a Connector, Catalyst and Co-Creator